Since so many of you loved our Real brides reveal segment, this week we asked some of our users to share their proposal stories. From insane acts caught on video, to the cutest words being said- this post is a whole lot of loovveeee. Sigh.

Anith & Mythili: The guy who completed a zillion tasks for his arranged love story 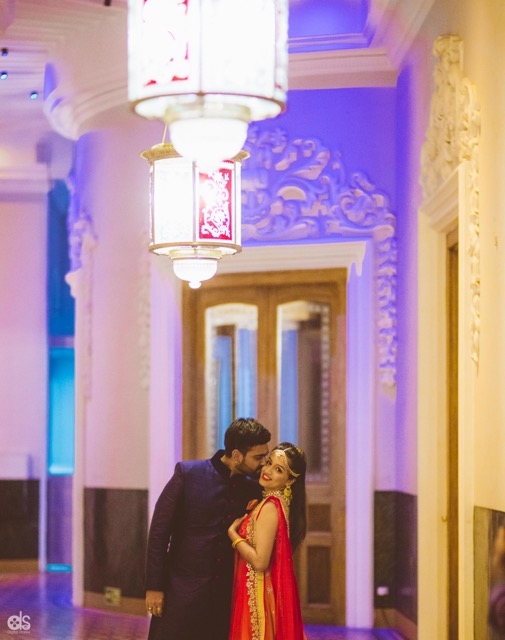 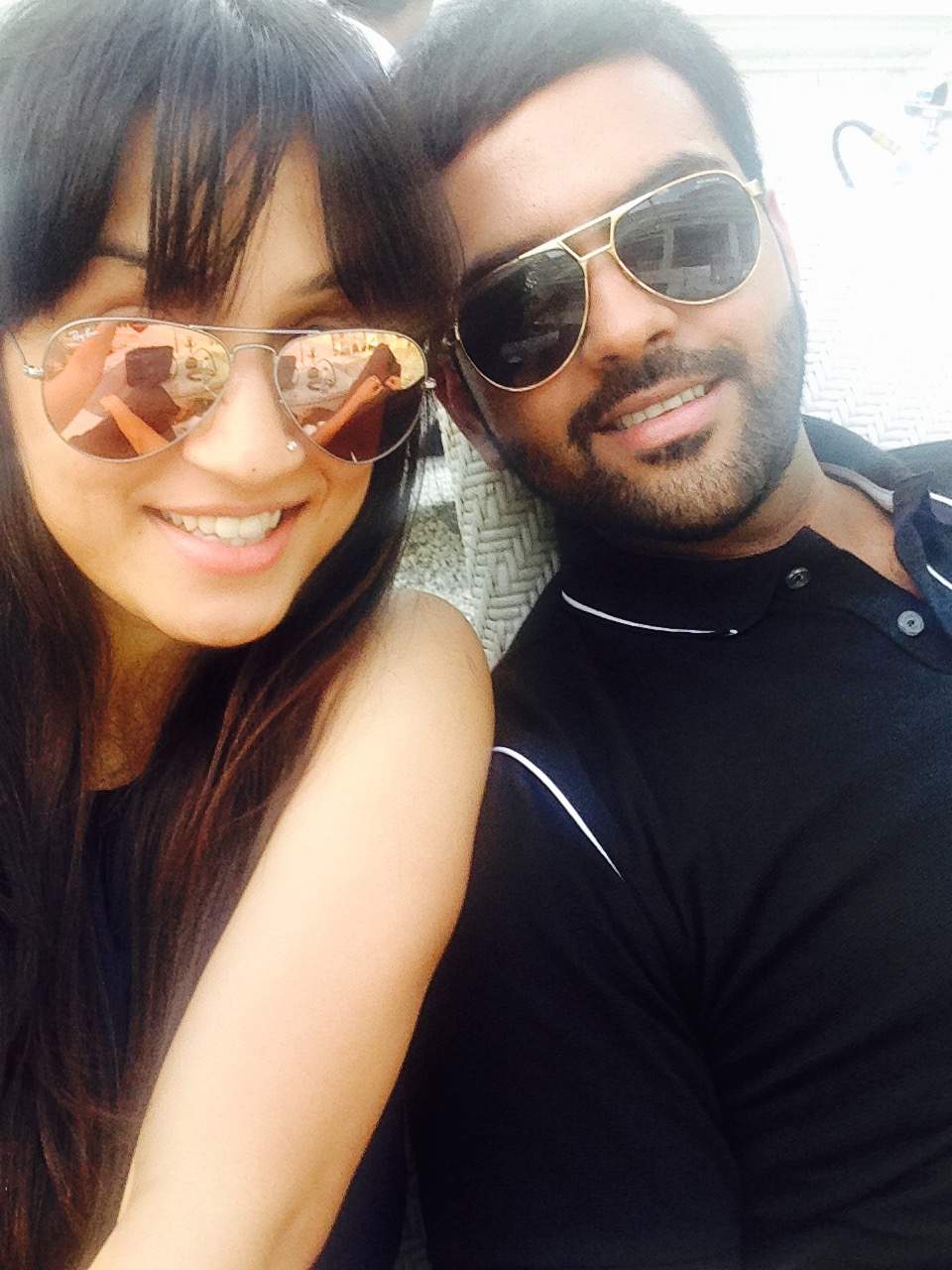 Anith recounts "I proposed to my fiancée on August 20th 2015 and I can’t stress enough on how it was one of the most challenging but also ultimately the best decision of my life. I settled on a video proposal and the plan was for me to reach out to her best friends and complete challenges that they give me in order to prove my worthiness to marry the girl playing with sheep in my dreams. Low and behold, I didn’t know what I had gotten myself into until I started filming. I mean I was asked to do a hundred push-ups to get Ryan Gosling fit, who even does that? One had to see the humorous side of things. So I packed in Rocky-esque warm-ups, followed by one half-completed push-up, a Karan Johar style reminder of how much I love her and then 10 push-ups shot from different angles made to look like a 100. The first task was completed and thereon I found the strength to continue in this whimsical manner. I climbed (NOT) to the highest point in the world (ahem – Burj Khalifa) and proclaimed my love (the first time I told her I loved her); I sat through an entire episode of Keeping up with the Kardashians (her favorite show); and even built her a castle. A week later, we managed to have all our closest friends and all the girls in the video at the same time in Hyderabad without spilling any beans. When the day arrived, we all casually went out for dinner and eventually settled back at this lounge where I had pre-arranged for the video to be played. Once I excused myself to use the restroom, the video started. Standing outside I could hear her laughter fill up the room, making me guffaw while practicing my proposal speech. Some 7 minutes later, the last challenge of proposing the old-fashioned way came up. After my song and dance routine to Marry Me by Chris Brown, I walked in with swagger; ring in my hand and courage in my heart. As I caught the first glimpse of her, I knew I couldn’t live without her. All those hours researching WedMeGood proposal stories had brought me here. Our moment – the one that will burn bright forever. I told her that I wanted to spend my life with her and then went down on one knee and asked her to marry me. This was the proposal we wanted. The one we needed. This was no more an arranged marriage – it was our arranged love story." 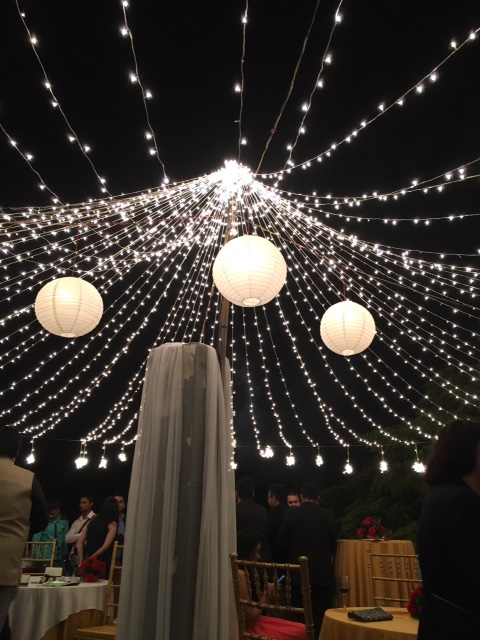 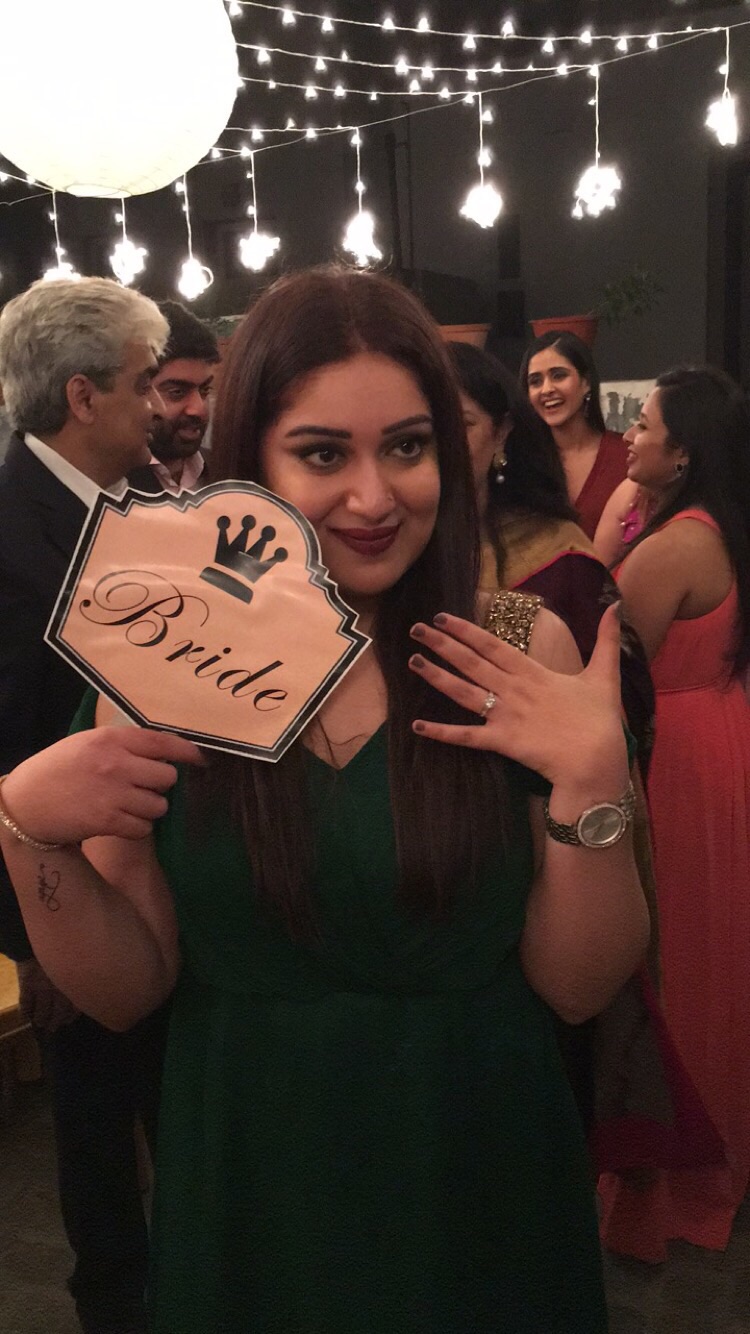 Sakshi says "On Saturday, 14th November 2015, we hosted a party at our friends terrace for 30 of our closest friends. No family apart from my brother and my three cousins. It was a beautiful setup. A canopy of fairy lights and paper lanterns, a bar, couple of tables and some amazing props for a photo booth designed by a friend. Manan proposed to me in a rather filmy way. Started off by giving me small gifts every now and then. Like a small card to keep in my wallet with a note. The proposal basically started with a movie being played on the projector which Manan made specially for me. He got all my friends who were present there and my parents and brother to record video messages for me, blessing Manan and Me. There was also a clip of our journey together. Followed by this Manan took me in the middle of the crowd and said "Everyone has said so much about Sakshi that now I am out of words. So I just wanna ask you, would you grow old with me?" And that's when he made me wear the ring! So yes, this proposal was perfectly done and very well timed." 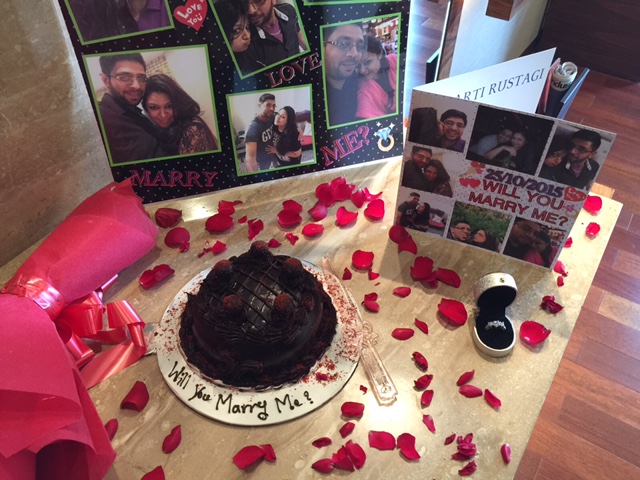 Arti says "Our story began in October 2014, thanks to an online site, that I did not even approve of in the first place. I was about to delete my account for good when I suddenly got a message from who I though would be a random flirt, stating how beautiful my eyes are, and that was just the start. I did delete my account after all!! Nimesh met and mingled with my entire family like he had known them for years (& they all assumed he was the “new boyfriend") and I got my first glimpse into the incredible person he is. In October this year, he had planned his trip to India and it was just a day before his visit when I get a call about a jewellery exhibition at the Taj and as excited as any new bride, I was all ready and when I reached the lobby, suddenly from the back he surprised me. It was crazy, I was supposed to be at the airport the next day to pick him up but here he was. A beautiful surprise, a great proposal, chocolates, a bouquet and the ring, while he was on his knees. And then I said YES!!"

Jess and Sachin's "At the top" Proposal

Jess's Proposal At the Top -Burj Khalifa from sachin talwar on Vimeo.

Jess recounts "Sachin joined me in Dubai, where I took a stop over for a couple of days on her way back from New York on a work trip.  I was left speechless when the man went down on one knee at the top of the Burj Khalifa !  He started talking romantic, got down on one knee in front of so many people, and popped out the ring from his pocket. I always thought he's not that good at planning surprises and he's the least romantic of all, but I  was taken by surprise this one time. Well, I said YES!"

Mehak says "When a car came to pick me up titled ‘Skywaltz” in Jaipur– i swear I thought this boy is  going to make me jump out of a freaking plane, I'm going to so kill him!!!! .*He’s an adrenaline junkie*. But thankfully, that wasnt the case, and as we floated 600 feet in the air in that hot air balloon, he went down on one knee and popped the question (What was said is a bit too personal to reveal)  What was my reaction? I don’t think i even said yes honestly. I just stood there with a goofy grin on my face, feeling dazed, giddy, and honestly slightly in shock.  My brain was like this – “Balloon. Air. Sky. Chinese People in hot air balloon. Ring.  Boy on knee. HUH?? Whaaaa "