Pastels on both the bride and groom look so refreshing, and has been one of the things we've been loving off late. There are loads of ways to combine pastel shades, and some inspiration from couples we've featured can always help you make up your mind if pastels are what you're leaning towards. So check out some of the amazing coordinated couples we've spotted! 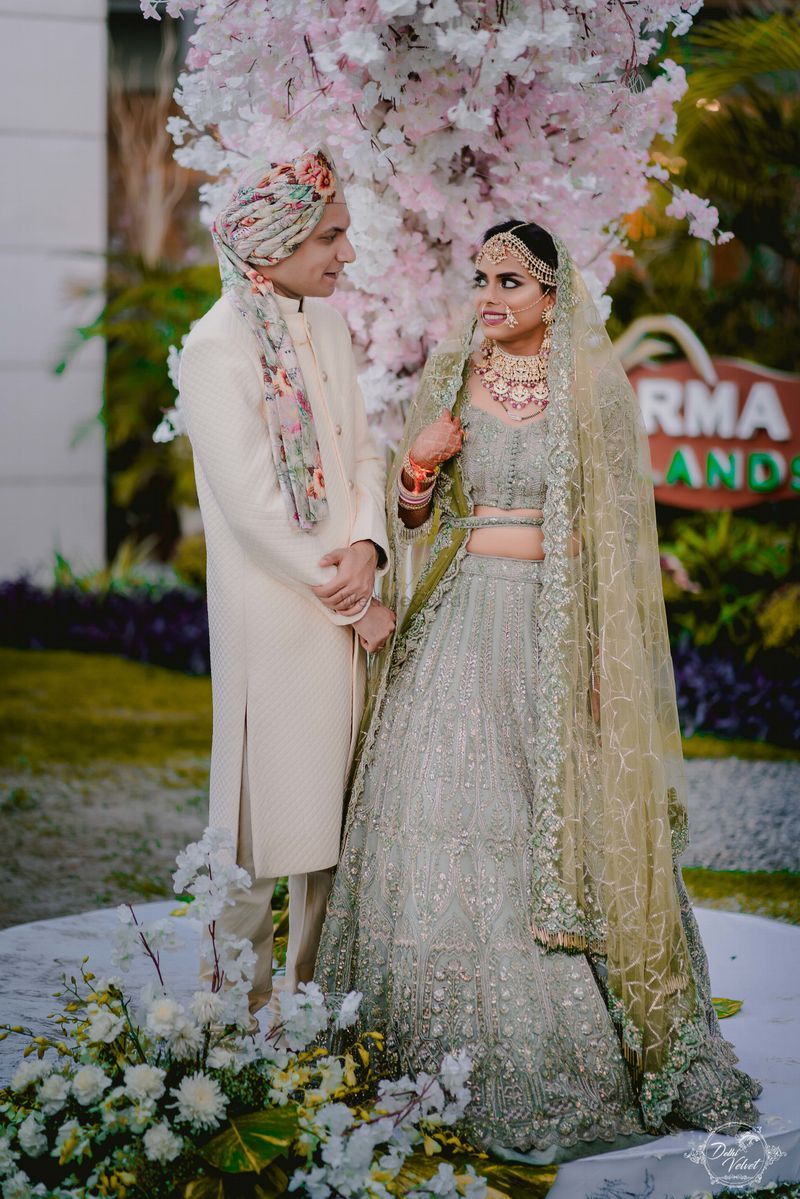 A new age combination which looks quite nice and subdued, and works so well. You might think it would look better with white, but works well with off white as well. 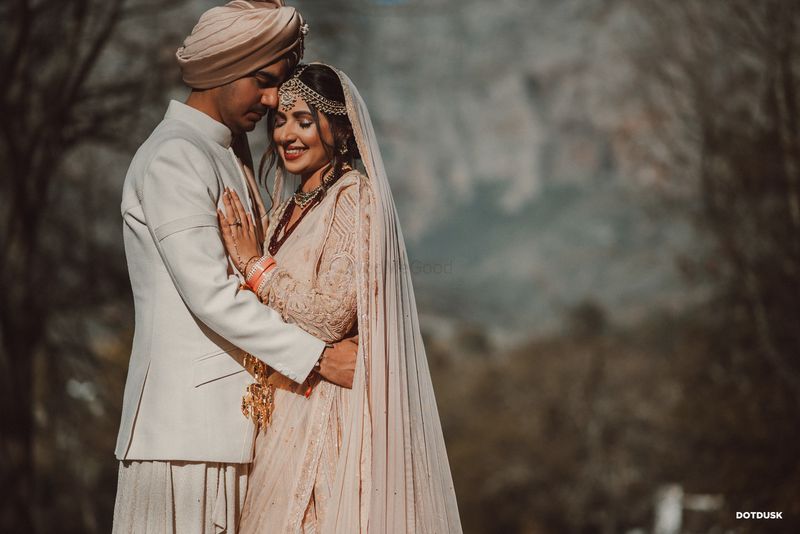 Another classic combination which looks amazing on brides and grooms as well- even the other way round works well. Sage green is a new hue for grooms which looks amazing, and it's a nice option if the bride is wearing pastel or something like white/off white too. 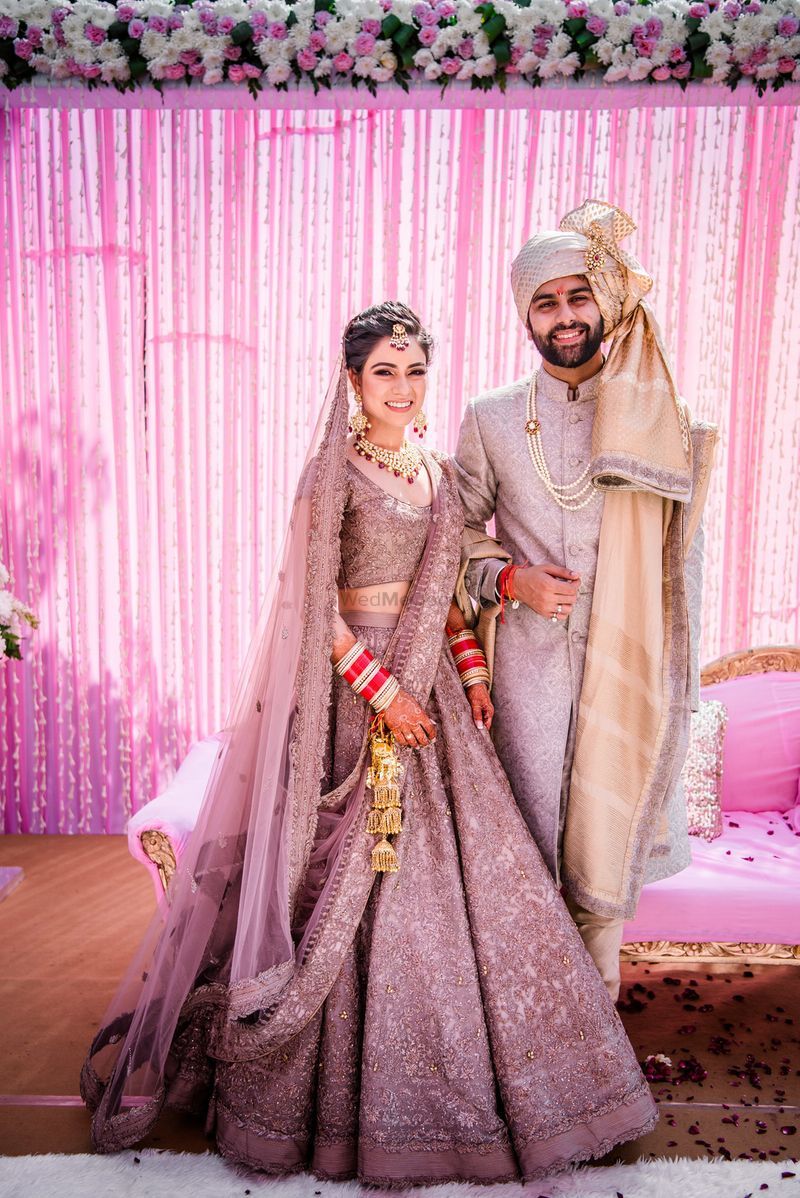 One of the best new combinations we spotted, which is so refreshing and modern! 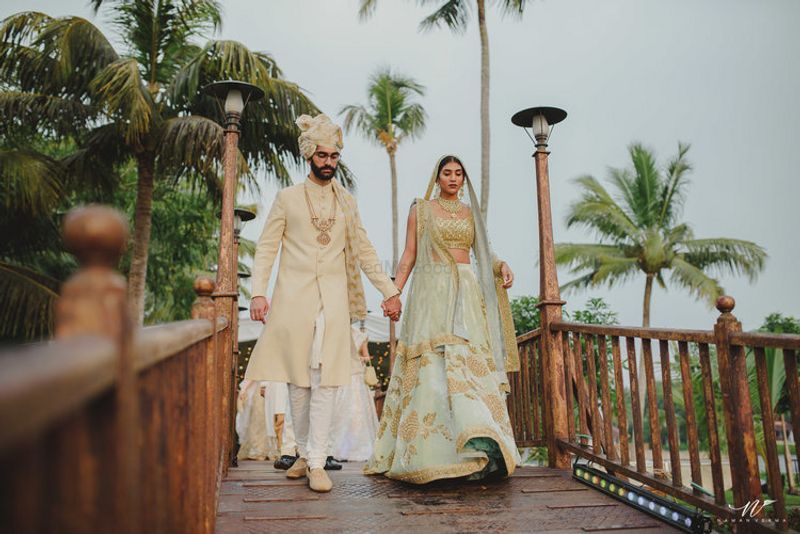 Beige is a safe colour to rock for the groom when the bride chooses to wear an offbeat pastel hue!

Both in Off White and Peach

Both in off white, but just that hint of peach adds so much more to the couple's look. 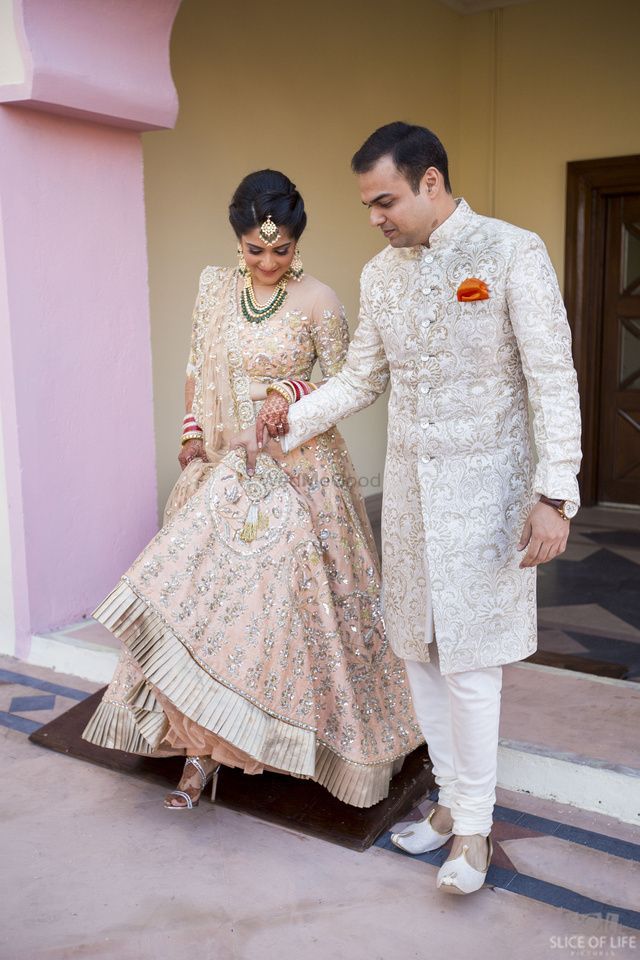 Image via Slice of Life Pictures★ 5

Another amazing and subtle combination that photographs well together. 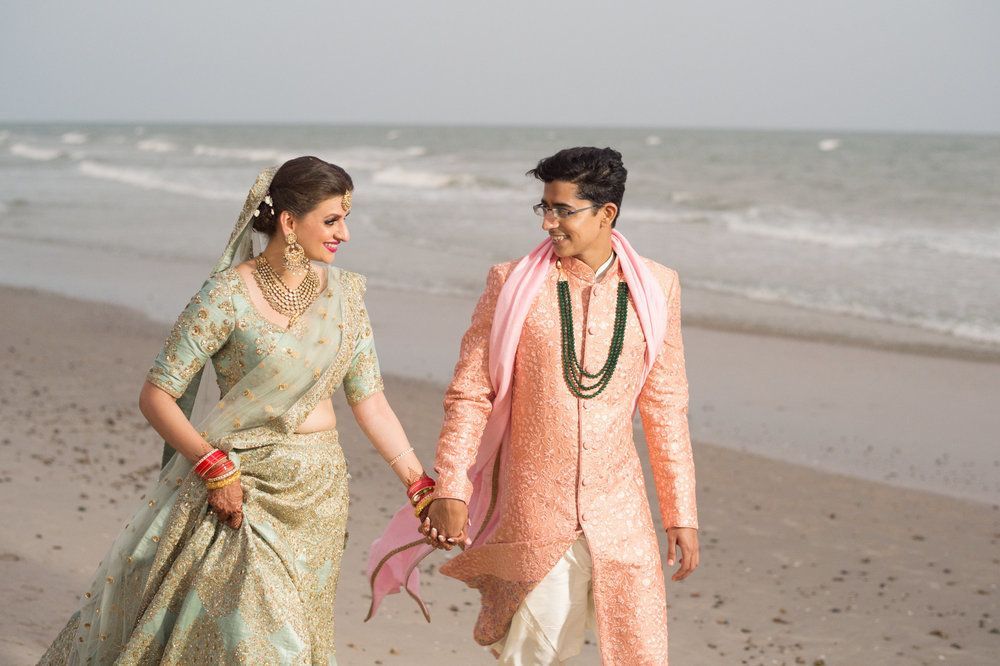 Two contrasting pastels, that look amazing when paired together. 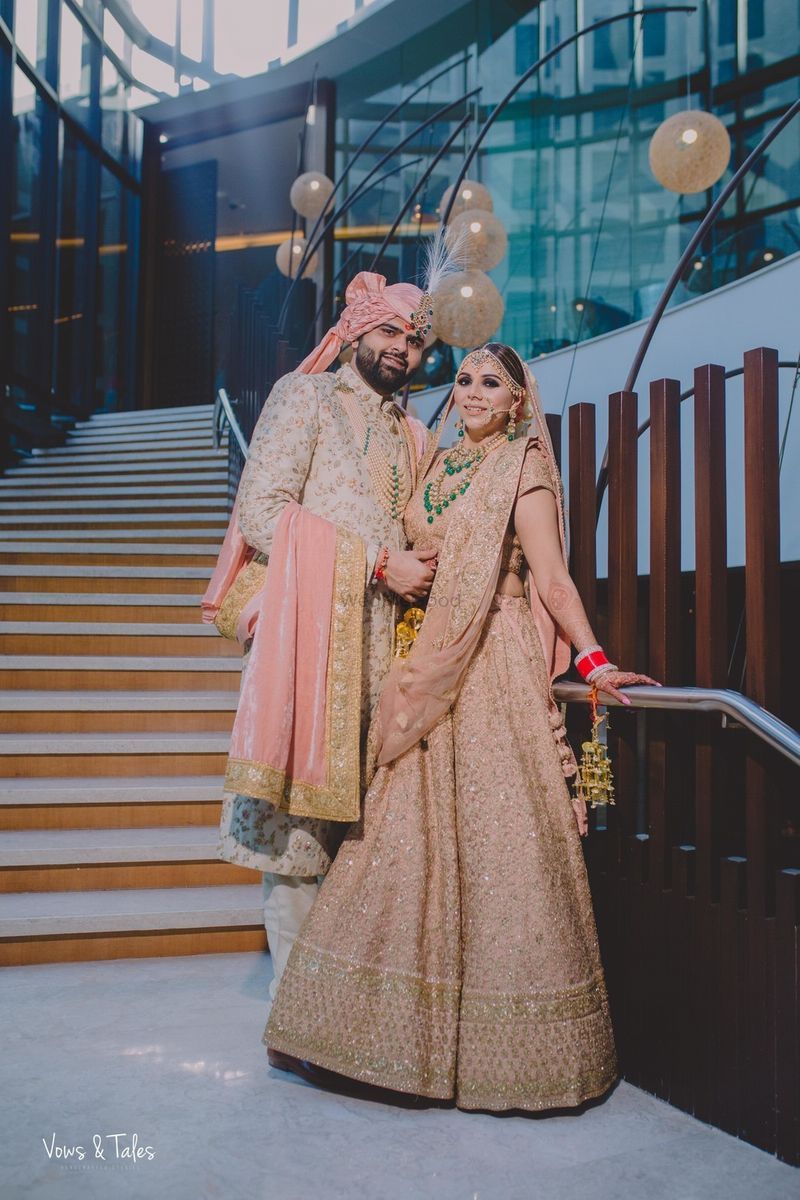 The lightest of pinks, paired with another subtle hue like off white on the groom. 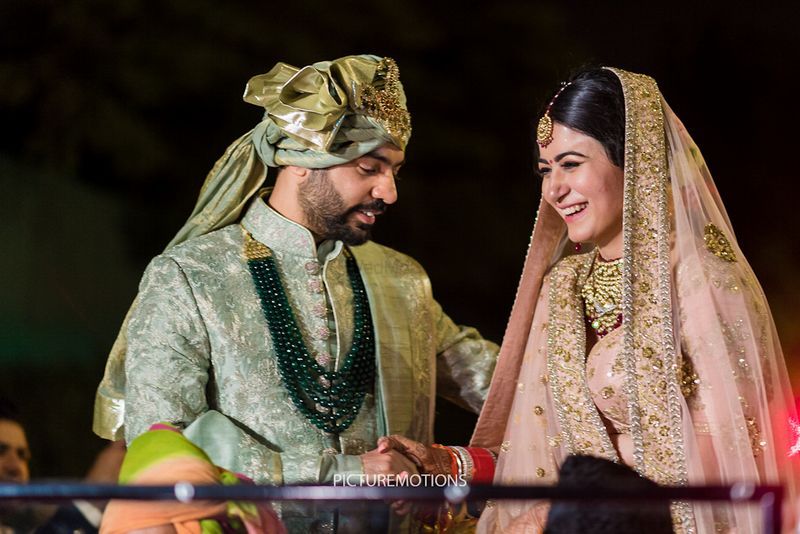 Image via Vidhisha and Avinash (Delhi)

Looks amazing together right? Subtle but still striking at the same time. 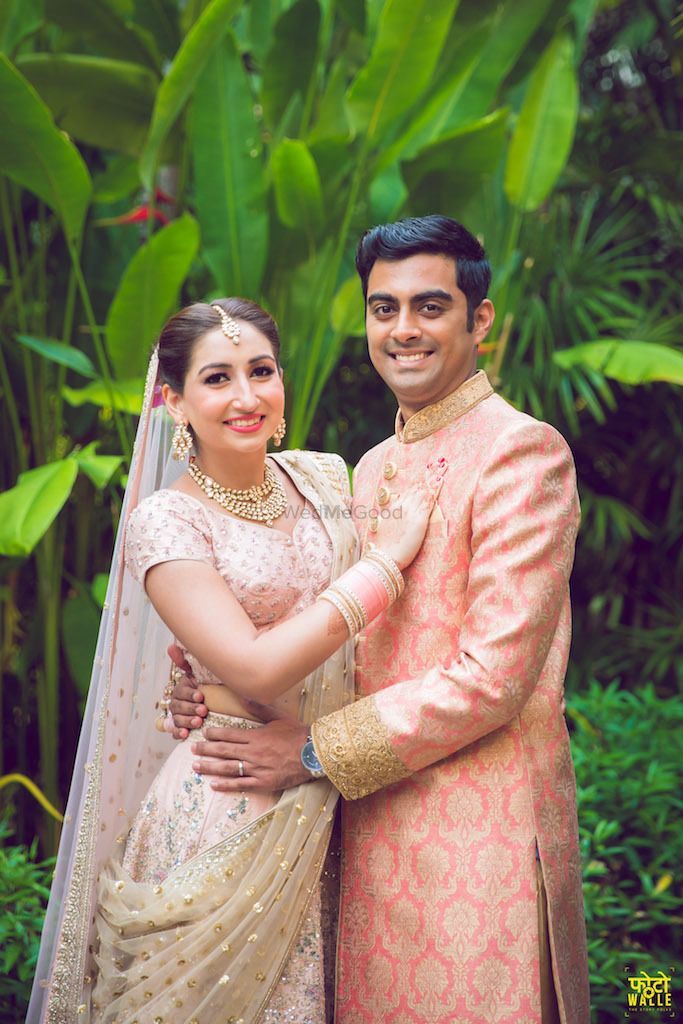 Image via Neha and Adithya (Thailand)

Mixing and matching light pink with peach is also a combination that stands out without being too obvious. 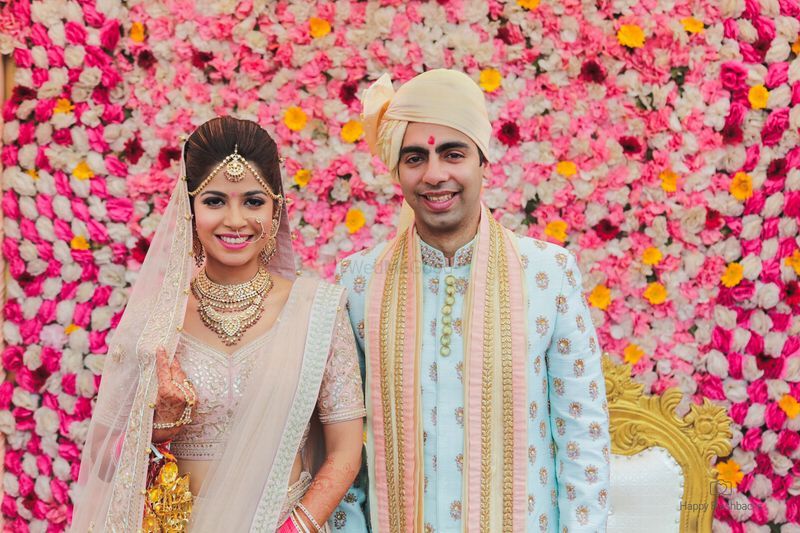 When you want to contrast pastels and how!

An Intimate Hill Wedding With A Bride In Vibrant Outfits