This Bride Twinned With Her Mom On Her Wedding Functions & It Looked Amazing!

Now this is something we don't see a lot of brides do! While a lot of brides and their moms and bridesmaids might stick to the name colour scheme or the shade, here is a bride who did things totally differently- Real Bride Yasha twinned with her mom on her wedding functions.. not just one, but all of them, and the photos look so full of love and admiration! And what better day than Mother's Day to show off this special bond! EventGraphia captured the photos beautifully! 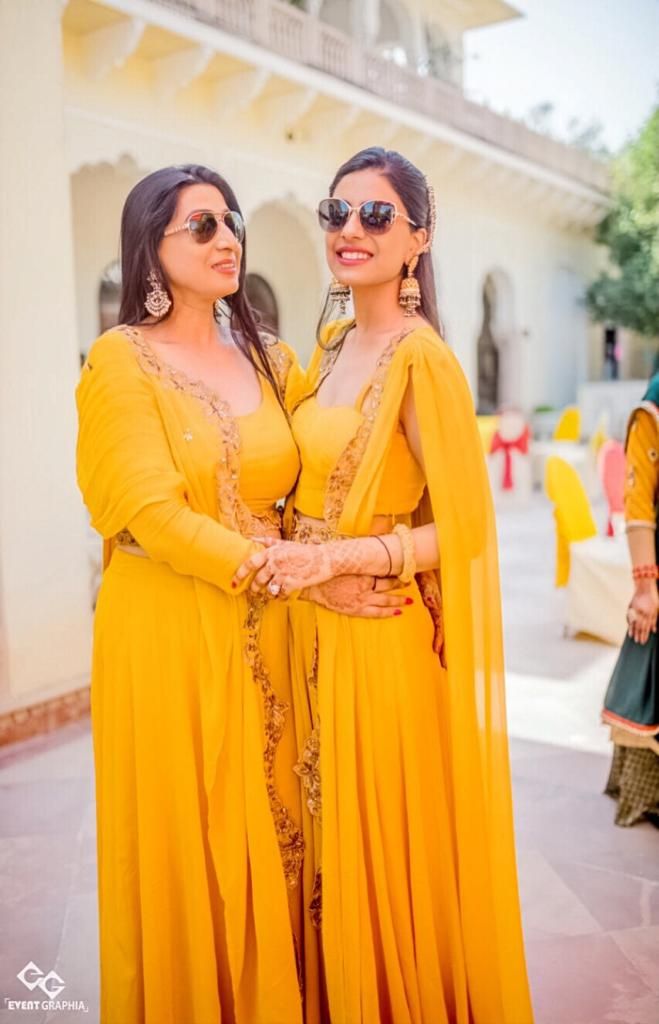 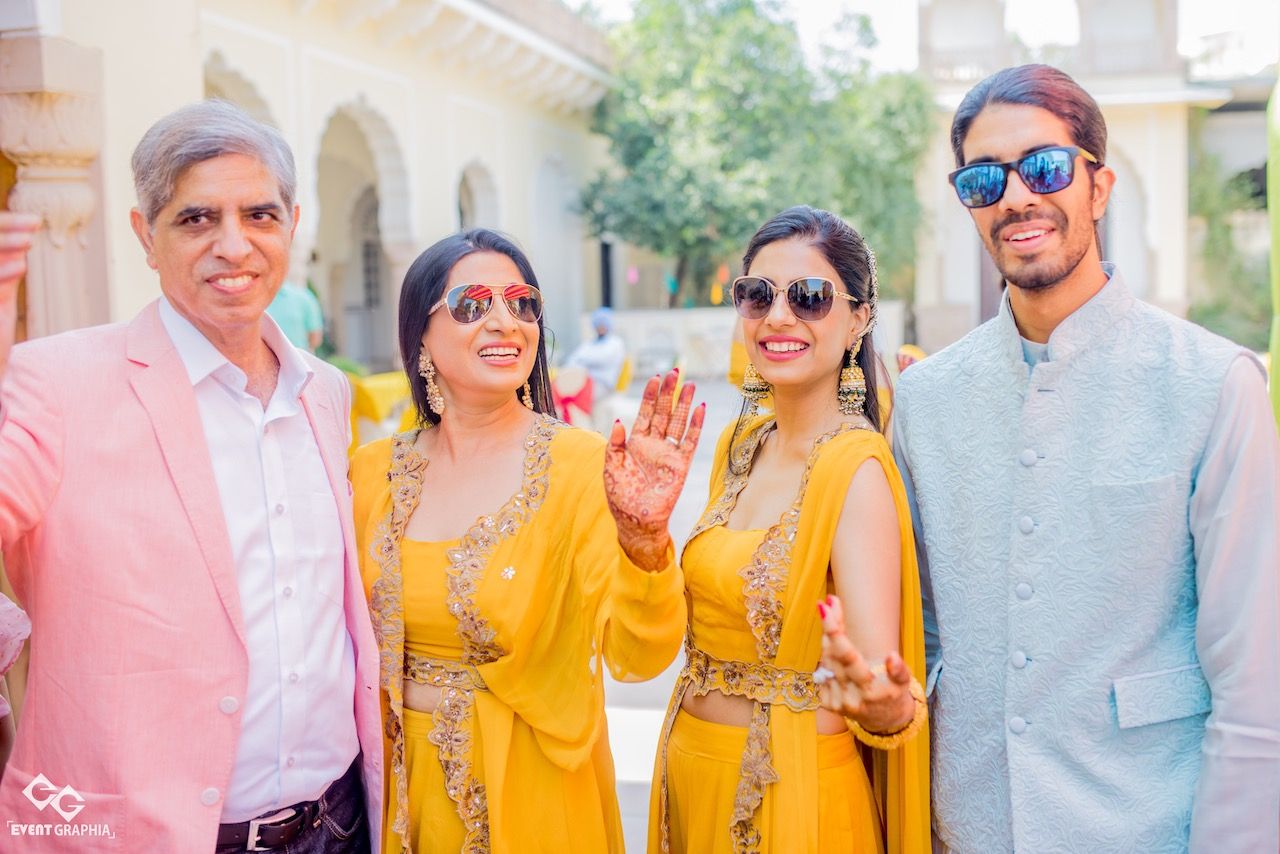 They literally twinned on the Haldi! They wore pretty Indo-western outfits by Astha Narang, which had a scalloped edge and waist belt with a jacket. The earrings were different, but with the sunglasses, they really did look like sisters! 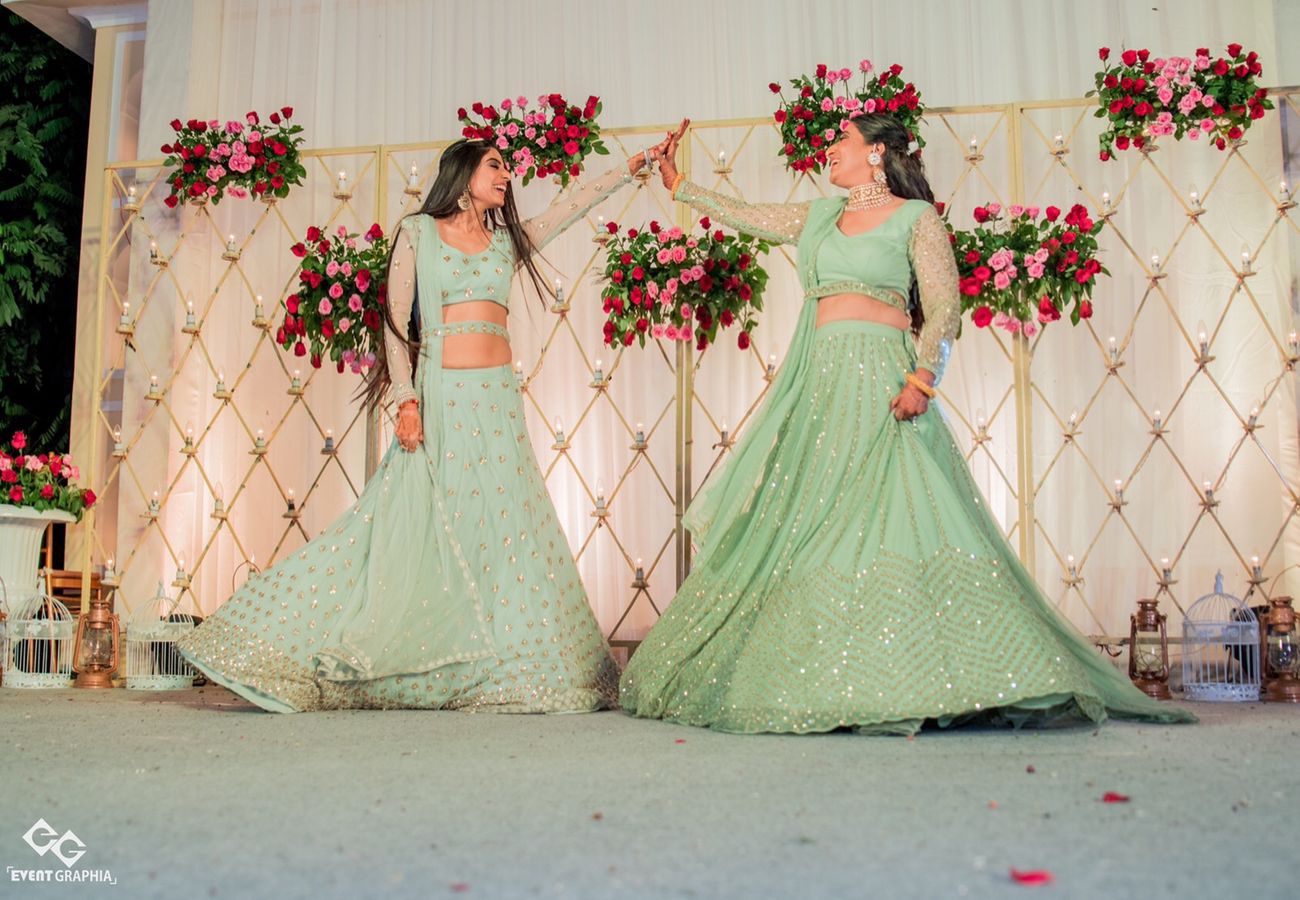 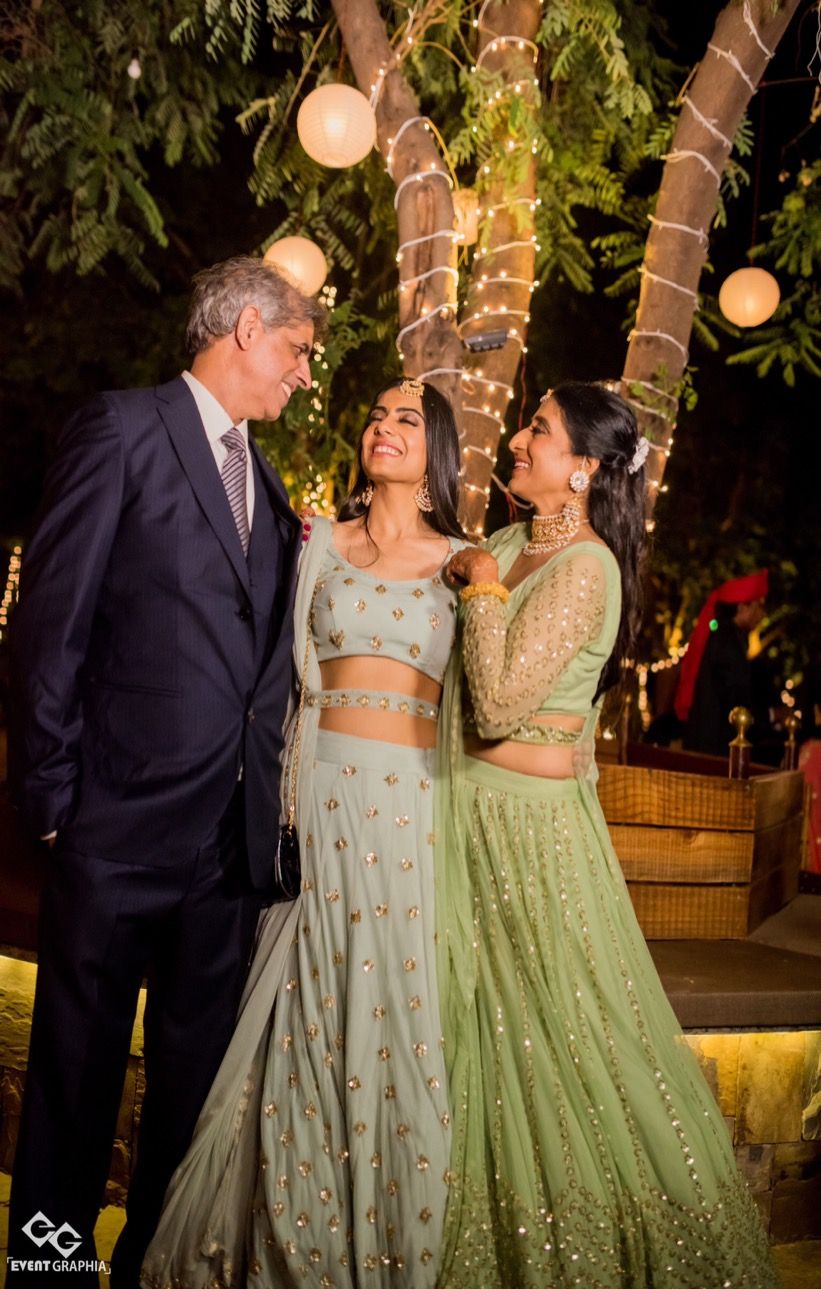 For the Sangeet, both the mother and daughter wore belted lehenga by Astha Narang- and the colours were nearly the same but still a little different. Yasha wore a mint green lehenga while her mom wore a light green one, with similar work on both. They both had polki jewellery with their lehengas. 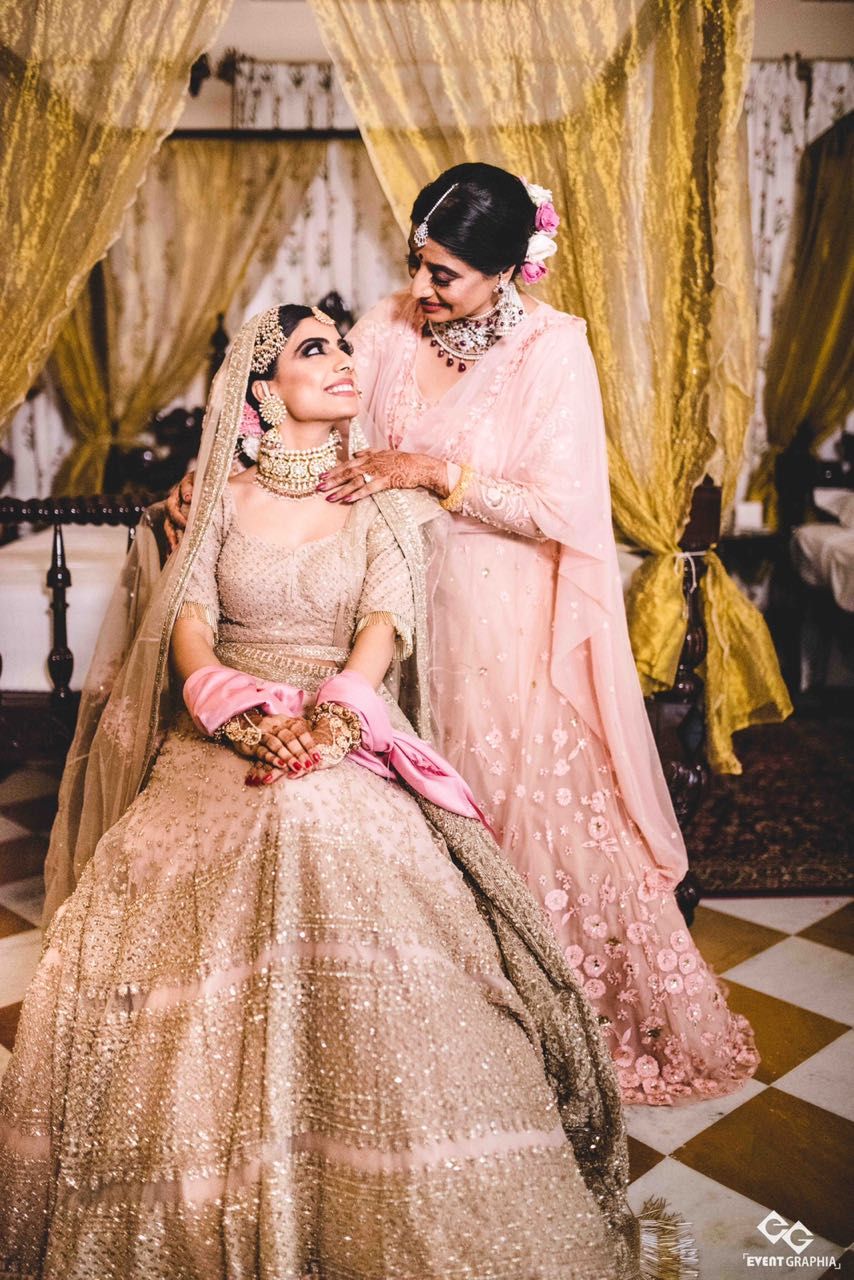 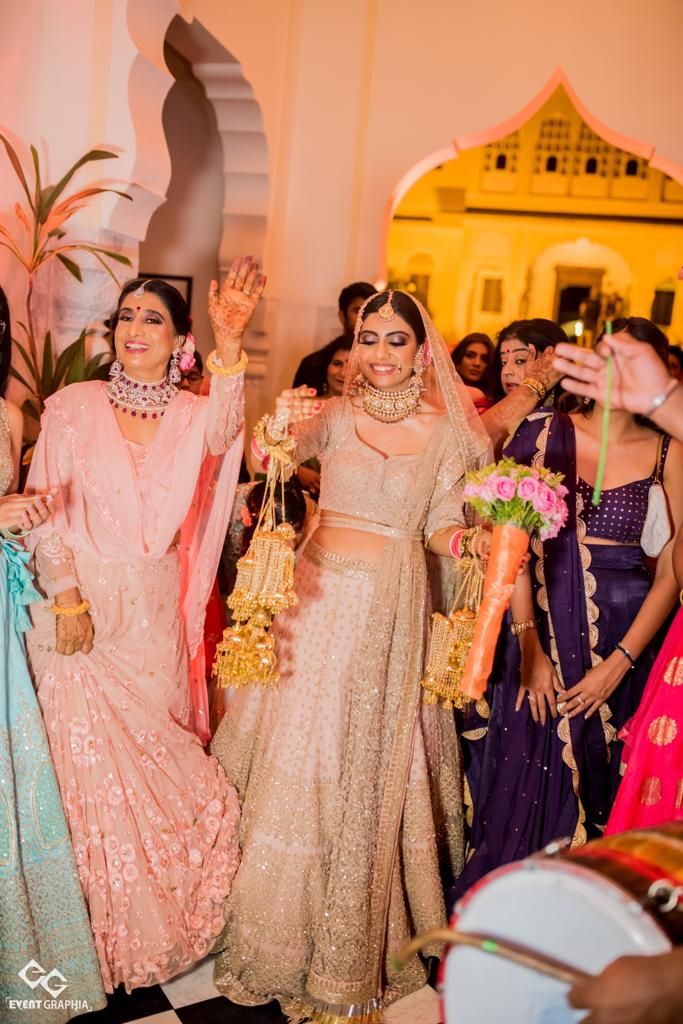 For the wedding, both Yasha and her mom kept it quite pretty in pastel- while Yasha wore a light pink Payal Keyal lehenga, her mom wore a peach pink lehenga by Astha Narang which looked elegant. Both of them paired their outfits with statement chokers with deep red beads which made their look stand out. 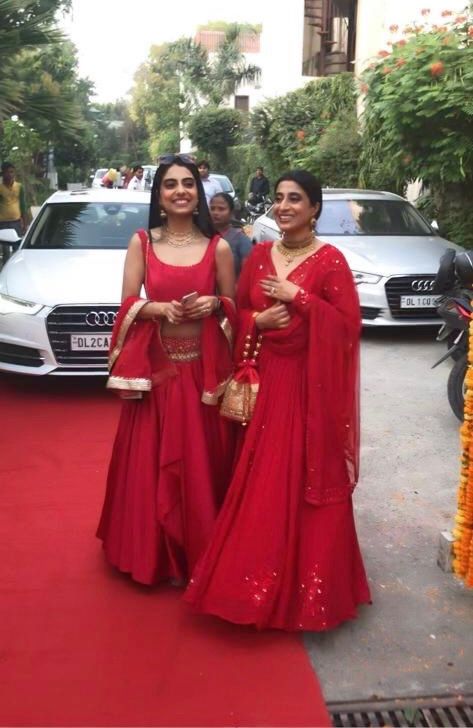 They looked stunningly similar on the mehendi as well, in matching red lehengas which were different, but still looked like twinning when they stood together! 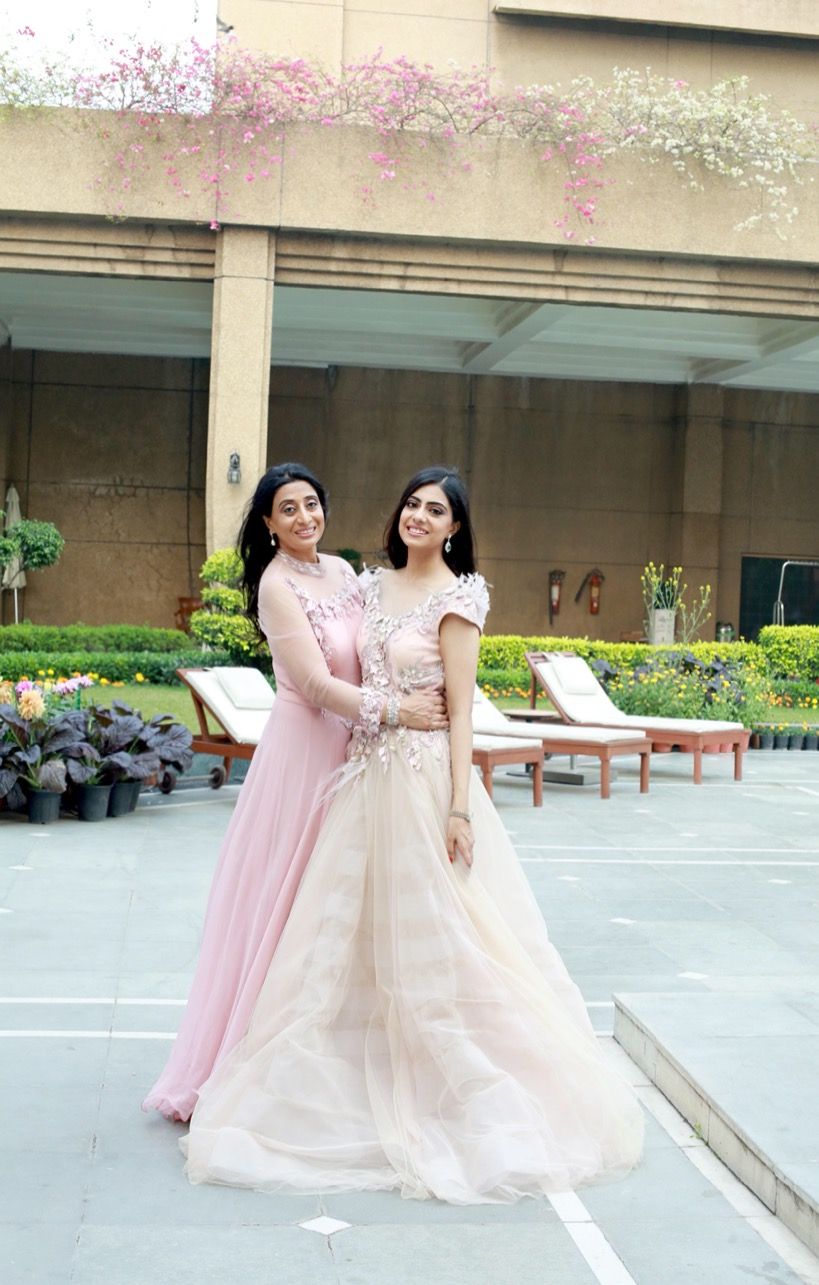 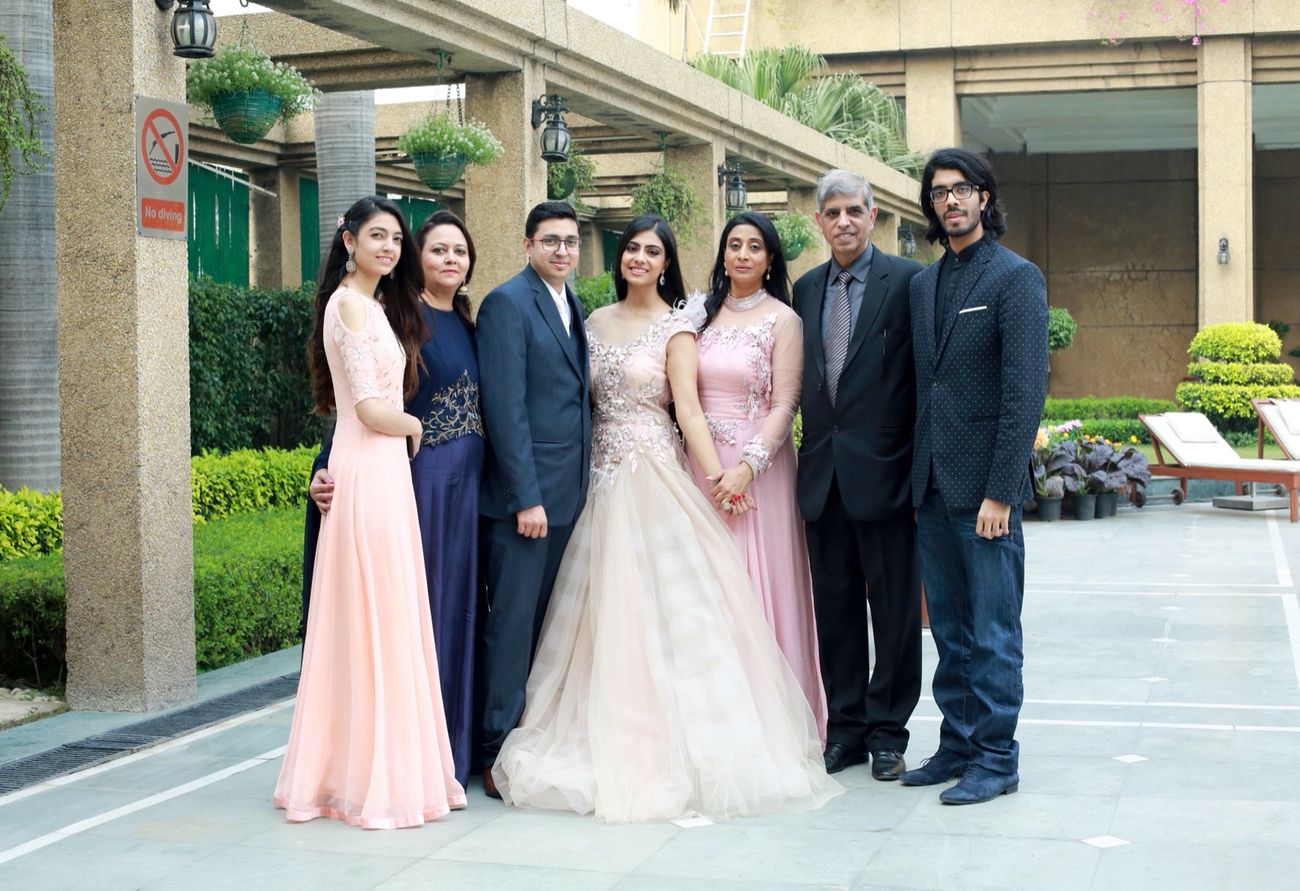 On the Roka, both the mother and daughter picked gowns. Yasha wore a blush pink gown by Elisha Wadhwani and her mother wore a light pink gown with similar work in a slightly darker hue. 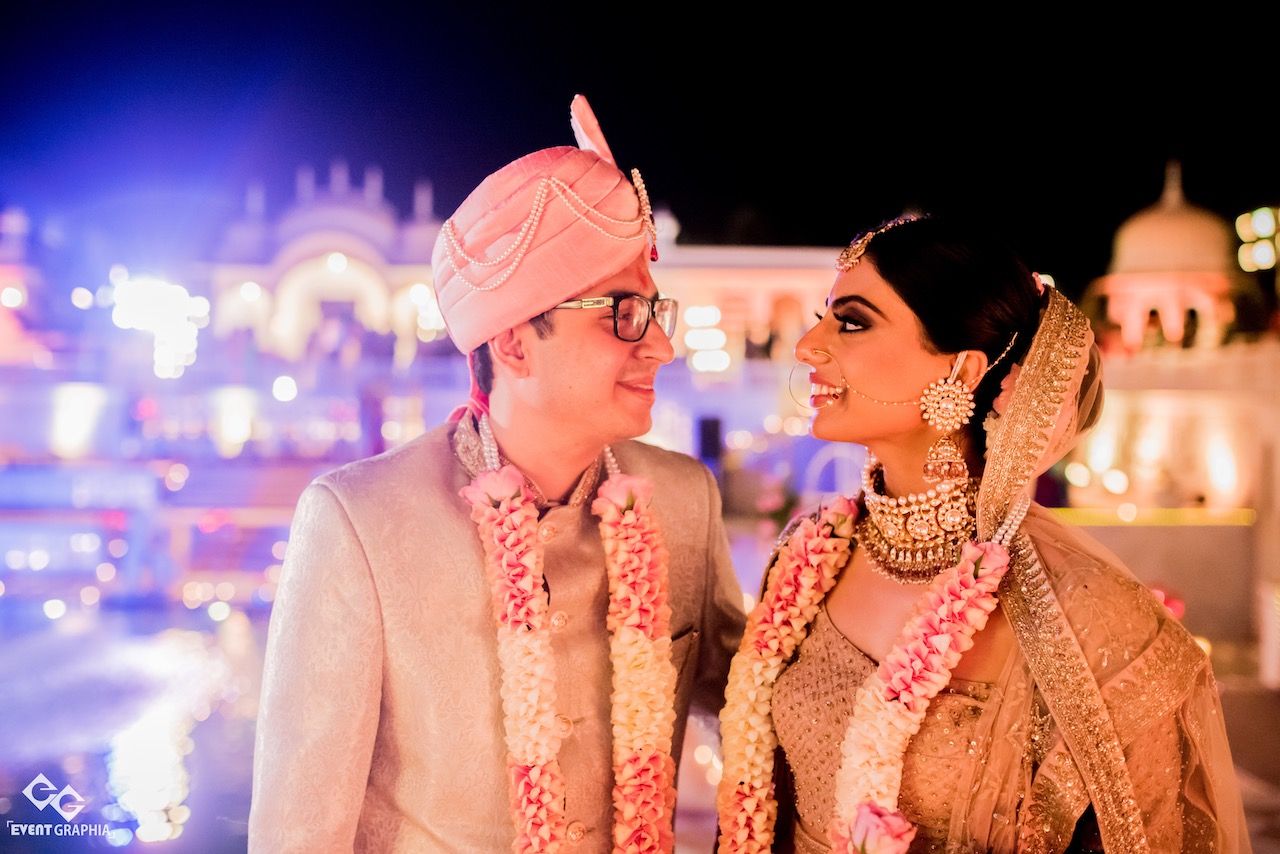 "My mom & I serve as each other’s personal shoppers thanks to our identical taste in clothes, jewellery, colors etc ! The ‘coordination trend’ started on a mother-daughter trip to Italy when, given our wardrobe similarities, we decided to wear similar outfits and the result was priceless drawing raving compliments from strangers in Venice and amazing pictures." 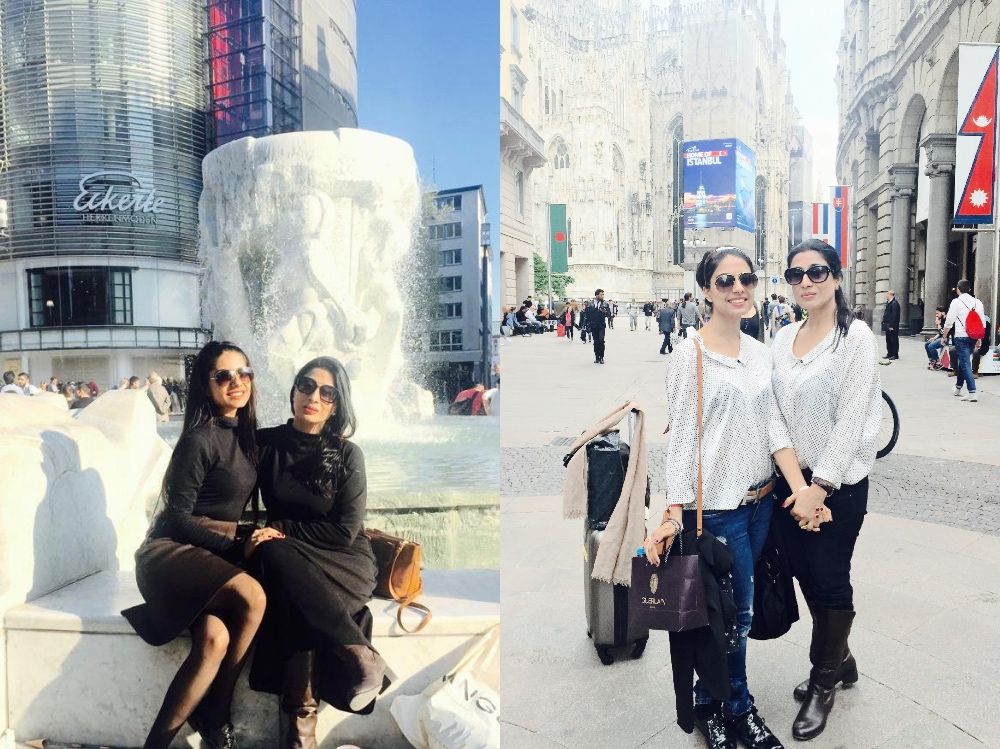 "Those beautiful memories led us to take this tradition further and wear synchronised outfits for the wedding festivities and it was indeed an amazing bonding experience for us! In fact, we planned our short sangeet duet only picturising how awesome it’d look in similar lehengas ! I tried to extend this to my pug but it was too hot for him to stay in his matching tux :p" 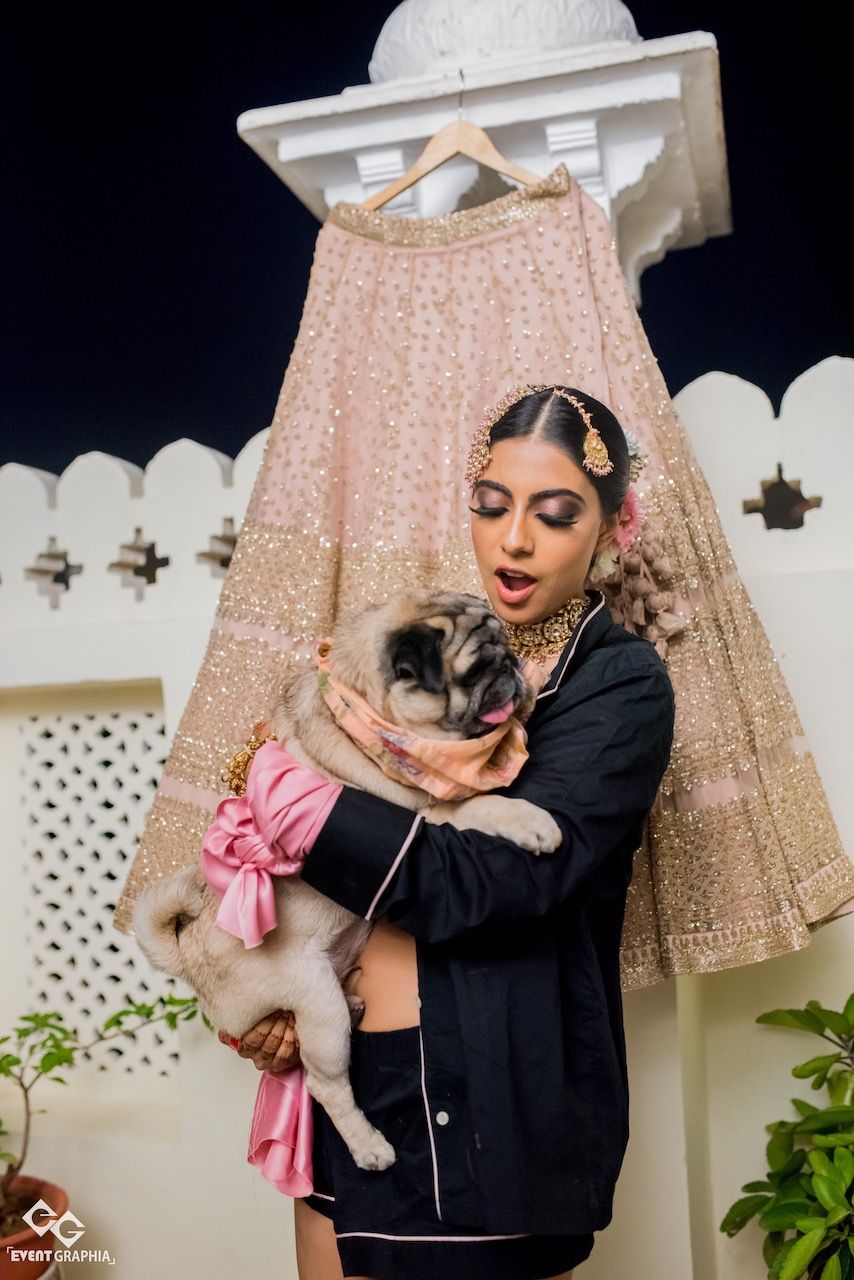 A Spectacular Dubai Wedding With Oodles of Style & A Sea Plane Entry!