Wedding Ideas from Around the World Worth Stealing!

Slowly but steadily, weddings traditions and ideas from around the world are catching up in India too. Like the traditional wedding cake or sky lanterns, there are a lot of awesome ideas from weddings across the globe which can be easily incorporated into our own big fat Indian weddings! While the firangs get their hands painted with henna, here's what we can steal from them! 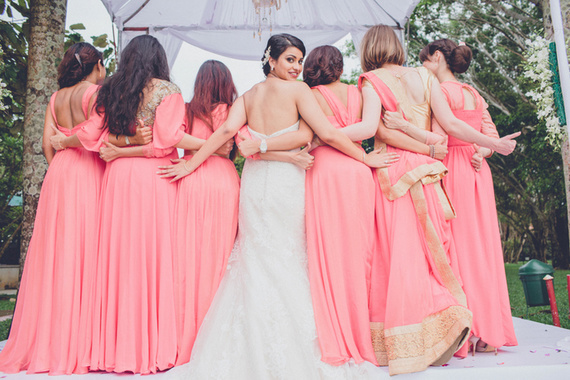 Get your something borrowed!

An American tradition which is showed in almost every chick flick, try borrowing something for your wedding! Could be a payal from your mother or your sister's nath!

Yes, this is another cute tradition that we can incorporate into our weddings! Saying vows during the wedding or the reception is something that's bound to get a lot of 'awwwws' from the crowd!

Have a Croquembouche instead of cake!

You might remember seeing this during 'Masterchef' if you follow the show. A Croquembouche is a French dessert, which is a very interesting-looking tower of cream-filled pastry puffs. The guests can take one out, dip it into a variety of sauces which are kept next to it and enjoy it! Decorated Croquembouches look just amazing and are bound to attract curious gasps!

In Philippines, it is a common tradition for the bride and the groom to release a couple of doves into the air after the reception. This symbolises them looking forward to a long and happy life together! 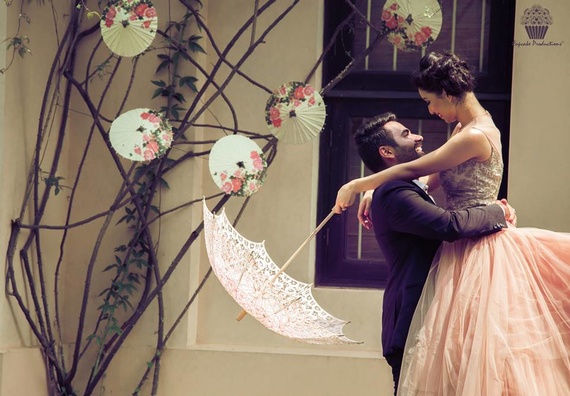 Have a Hora Loca party!

Imagine something like a Mardi Gras carnival on your wedding! A Spanish tradition, this one means a party within a party! Literally translating to crazy hour, this is the time when a live band and performers take over the party! They want the guests to remember a good time, so it happens at the end of the wedding!

In Japan, there is a tradition which involves the bride and the groom taking three sips each from a traditional sake cup. Their parents then do the same, which symbolises a new bond between all of them. This can be just as easily be done with wine or champagne at our weddings!

Buy a dance with the bride!

It's a Polish tradition to pay money to buy a dance with the bride... and it's up to the men at the wedding to pay any amount of money for it! The money is then collected by the bridesmaids, who offer it to the couple as a donation from everyone towards the couple's honeymoon fund!

Have a mock abduction!

In India we steal shoes, but in Romania, they kidnap the bride! It is a game that is played by both the sides... the bride gets kidnapped and the groom has to pay whatever it takes to get her released! There are several different versions of the game played all over Europe! Yes girls, another reason to arm-twist the groom for more! A kind of jhootha-chupai thing.

A red sedan for the bride!

According to a Chinese tradition, the bride arrives in a fancy decorated red sedan, as red is a very important colour during weddings, as is in India. Once she gets out of the car, there is a bright red decorated umbrella which the bridesmaids hold under which the bride walks. You could try this instead of the phoolon ki chadar! 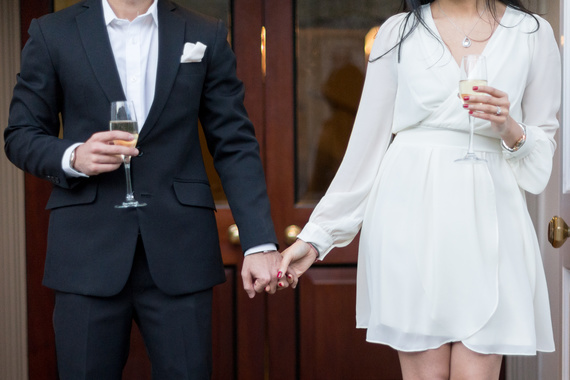 A quiz for the groom!

In Russia, the groom is made to correctly answer a few questions about the bride before she's handed over to him! Imagine how much fun this could be - better prep him up before heh :)

Have a pinata at the wedding!

Pinatas look adorable and you can make them even better on your wedding! Now a regular fixture at American weddings, friends and family can be asked to leave behind some special notes that can be treasured forever! You could even plan a special moment like an anniversary to open and read them all!

Add pom-poms and confetti to the exit toss!

You know how the bride tosses rice behind her after the wedding is over? Imagine adding some cool pom-poms or confetti to the mix or doing rice and confetti alternatively? Using pom-poms during weddings has caught on well in LA!

Hand out confetti cannons to your guests!

This one's from Vegas! Close family members can all hold confetti cannons that they can release right when the jaimala is happening! This is actually a trend that has caught on abroad right after the couple's ceremonial kiss! Sasta and tikau!

An aisle with your love story!

Another one from the LA weddings, this one ensures you enter in style! You know the carpet on which you make your entrance? How about it has a whole timeline of your love story? It can be printed easily and you can make it funky with quotes and pictures! Have a tradition we should know about? Tell us! By Sakshi Saxena

WMG Month of Love Exclusive: Get a Couple Shoot & Stay at The Oberoi Amarvilas!!