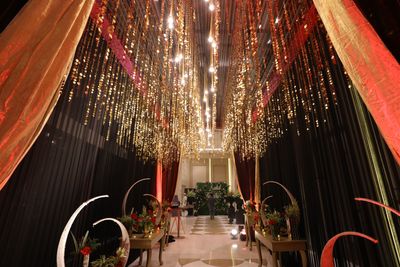 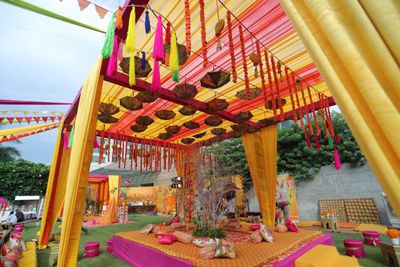 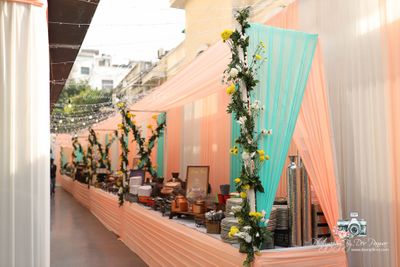 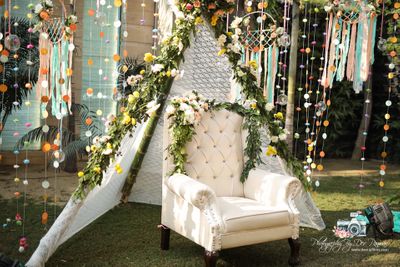 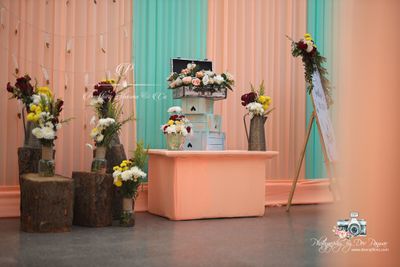 Pankhury Sharma & Company is a team of highly creative individuals driven by passion and excellence towards creating memories and experiences for couples. Based in Delhi, the company specialises in turnkey décor services. The company believes in transforming simple spaces into unique experiences and they only take a limited number of weddings each year to ensure that they give their clients the attention to detail and high-quality service. The team brings a fresh perspective to event design and work with your budget and ideas to create an extraordinary decor with contemporary style and elegance. They listen to your needs and ideas, offer creative suggestions and bring your dream wedding to life.

We charge a Fixed Fee for Planning

What is your style USP

Our style quotient is, : Styles come and go. Good Design is a language, not a style. Our USP is attention to details and listening to our clients with our hearts to make there dream

Which key cities have you planned weddings in previously?

We have inhouse decor done by our team, but you are free to work with other decorators as well

They are an awesome team. They did a great job at my wedding. They are a team of of professionals and they'd give their best to make your day even better. Thankyou so much for all the efforts you put to make our day. Highly recommended.

They were our wedding planners. They're really friendly and are there to help readily. They were always on time and made sure everything was done before the event started. The only thing that lacked were a few flaws that I didnt like. Otherwise,great job!!

I want to say big thanks to Pankhury Sharma & Company . Thanks for helping us we couldn't have done it without you. Everything was perfect and amazing and we had lots of compliments. Our all guests are super happy. Thank you so much once again.

They have dedicated professionals with the best skills to create something new and unique. Efficiency and success is a habit of this passionate team who put their heart and soul in preparing for the big day with all details attended to perfection.

We got them on board for our wedding day. They're really a team of professionals and we absolutely loved having them as a part of our wedding. They were really supportive and made sure everything was done on time and just how we had decided. Highly recommended.

They were our wedding planners and we are very happy with their services. They were very helpful and supportive. They executed the plan just how we had decided prior to the wedding. They were always on time and absolutely made our wedding beautiful. Thankyou so much.

Had hired Pankhury and team for a one-day wedding event at our home. Though we had been promised top-notch quality and timely delivery, we had the WORST experience possible both in terms of the finally executed work, and the absolutely unprofessional conduct from the team. Since we had hired them based on some online reviews, listing out some details of our horrid experience so that no one else is duped into their false promises and assurances –  1. Several items finalized in the deliverable list were either not delivered or shoddily delivered. For example – see photos of the mandap attached (flowers were only put on two sides above when anyone in the business knows that it should be on 4 sides at the very least!!). Similarly, the team had promised several standees and candle stands, instead they shoddily put up tea light candles directly on our wooden tables, without any holders (photos attached). 2. The tasks assigned were not finished in time – our event was supposed to start from 12 noon, and decor was going on until 1 pm. Final touches were only executed in the second part of the event, when I pointed out lapses. 3. On the wedding board put up on the entry of our house, the team got the bride's name wrong!! So much for their promises of making our day special. 4. To top it all, Pankhury Sharma, the founder of the company has a despicable and rude tone while interacting with clients, which is unheard of in the service industry! Several times, when I pointed out problems in the works to her, she was not just rude with me (the groom's sister) but openly disrespected the elders in our family, including the groom and the bride's mothers. 5. The team also has a knack for overcharging and fleecing clients – it was proposed that I pay Rs.350 for one gajra that I had requested Pankhuri to bring for us additionally from the mandi! Absolutely deplorable. 6. Though we were promised real flowers in all the decoration worth Rs.35,000, I eventually saw flowers which were mostly artificial and not even true to the colour theme decided - in a white and pink/peach decor theme, Pankhuri had put in yellow flowers!! 7. Upon completion of event, when a refund was rightly demanded from the team, they firstly refused to accept their mistakes and were AGAIN arrogant in their behaviour. After a lot of insistence, only a pittance of a sum was refunded in view of the overcharging for gajras and thereafter they cut all communication from us, which is again extremely unprofessional to say the least. In sum, the team is highly unprofessional, unqualified and not equipped to deal with clients. Please save yourself the trouble and do not hire this company for any of your events. Attaching some additional photos of the shoddily executed work. 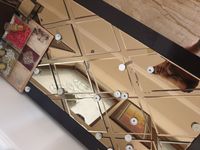 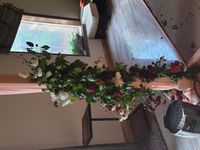 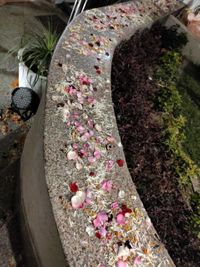 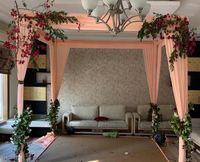 Pankhury Sharma & Company are not just wedding planners..they attach emotions to whatever they do and that makes all the difference. Its founder Pankhury Sharma is one gem of a person and she and her team meticulously planned all the minute things right from the travel of our guest to the decor. She made it a point to know Ritu and me better & deliver all the things of our interest. The level of brainstorming that went into everything was amazing, and the way q events team executed it to perfection was just incredible! Wont be wrong in saying that they are the best and we were glad that we chose them to plan our fairytale dream wedding !! Love u team Pankhury Sharma & Company!!❤️

I think just appreciating pankhudi will not do justice to my experience with her. She is absolutely fabulous lady i have ever seen. My wedding was on 19th of November 2018 and the way pankhudi managed every single thing with detail is something which impressed me and my family a lot. I would recommend everyone to atleast meet this girl once before planning your big day i am sure she will make it even biggy for you👍. All the very best pankhudi for your future endeavours. God bless you 🤗

Thank you, Karan for all the appreciation.Working for Vashisht Family was an absolute pleasure & we're glad we could bring your dreams to life. Looking forward to many more celebrations. Team Pankhury Sharma & Co. wish both of you a very happy married life!

Pankhury did an amazing job for my engagement. I was really stressed about the decor but she delivered everything on point and i was showered with compliments by everyone . She goes out of her way to make sure all your needs are looked after and is dream to work with . I am glad i made the right choice and would blindly recommend everyone to choose her .

Thank you, Rujhan for all the appreciation. We're so overwhelmed! Working on it was an absolute pleasure & we're glad we could bring your dreams to life. Looking forward to many more celebrations. Team Pankhury Sharma & Co. wish both of you a very happy married life!
View All
Browse Similar Wedding Planner View More