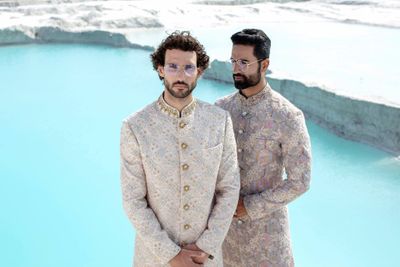 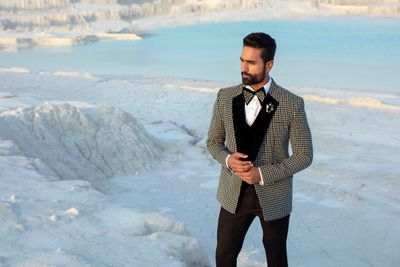 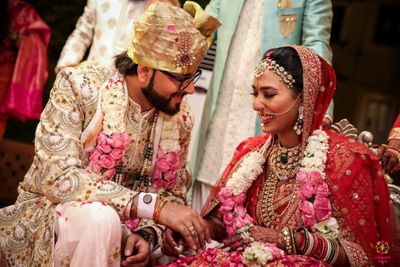 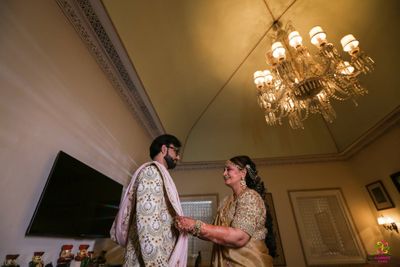 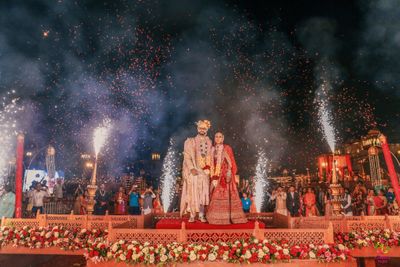 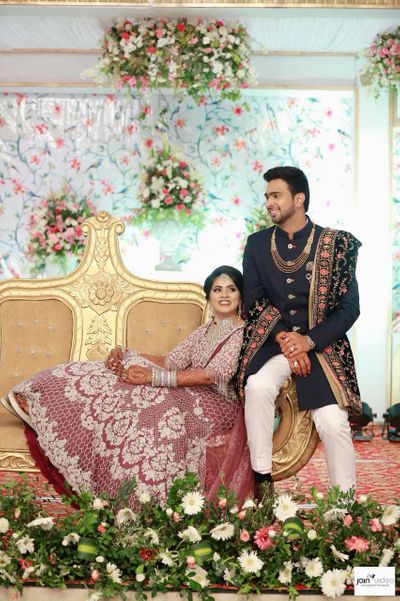 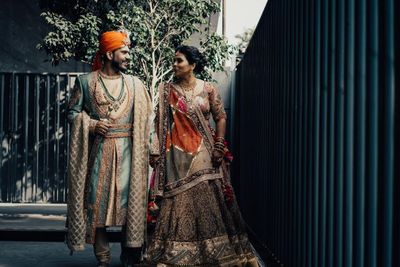 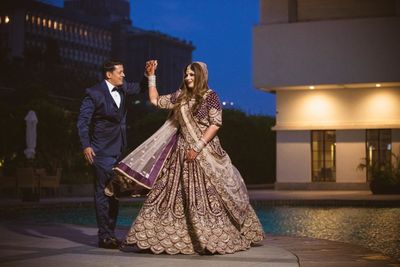 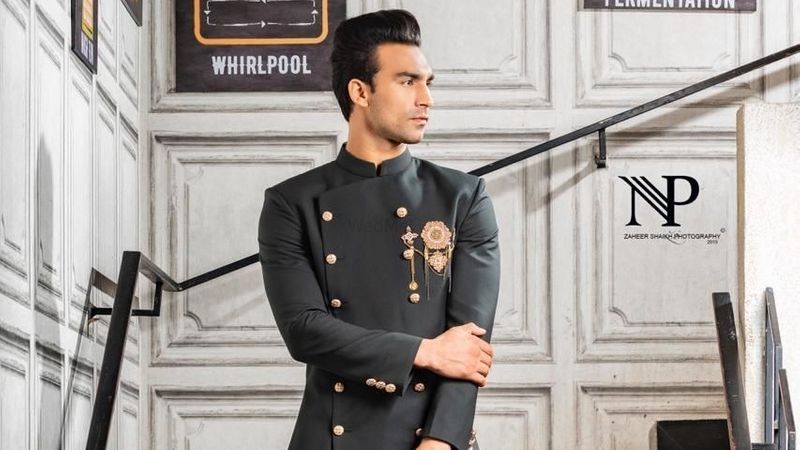 About Purusham
Purusham itself depicts an illustration of a man who is timeless in his charms, wits and his attire. Behind every commendable idea are men with a mission. Purusham’s designer collection is skillfully handcrafted by artisans that understand the essence of a man’s style while using the purest of fabric and adding an imperial touch to its cutwork, pleating tucks, and texture. Every sherwani and suit design is created with a vision to add a signature style to its wearers. Specialisation: Sherwanis Customised Suits & Tuxes Indo-Western Outfits Bandhgalas Kurta Pyjama Sets Waistcoats Nehru Jackets Groom Accessories
Been on WedMeGood Since

We hosted our wedding here and the venue is really nice. Good to host small and big functions. The staff was really helpful and courteous. The only problem with the venue was that the rooms were not at all well maintained and I didnt like them even a bit.

My husband got some of his outfits from here for his brothers wedding. He was very happy with his purchase. It's a one stop shop for men as they'll find everything here under one roof. The material and fitting is amazing. Highly recommended.

My husband got his wedding outfits designed from Purusham and it was amazing; from the store to fittings to all the alterations!! He just loved it and everyone else loved it too

We has the grooms outfit made at Purusham as well as 20+ matching outfits for the men in his family for several events. The process was simple and the team friendly. There were a few small mistakes, for example the mojdi sizes were wrong and new pairs had to be made and flown to London in an emergency. Similarly the grooms sherwani was a little short on the sleeves. These were all fixable mistakes but added pressure.Source

Hello Sachin, We are happy to hear about your experience with our team while shopping at the studio, but also regret the trouble you had to face. We have noted your feedback & will work towards the same to avoid such minor errors in the future. We loook forward to having you soon! Thank you.

My husband purchased some of his garments from this store. He was very happy with his purchase. The outfit was great in terms of fittings and on time delivery. Thank you so much.

professionalism= 0 , we went to the store but were asked to wait but a customer came after us and they attended them first. I don't know what is the basis of their priority .

Hello Amisha, We are sorry to hear about your bad experience. We always provide exceptional attention to all our customers and their desires, and we highly regret that we missed providing the same to you. We have noted your feedback to avoid such instances in the future. We look forward to having you soon again. Thank you.

My jiju got his enagagement from Purusham. The material was very nice also he didn't had to call them for any change in the outfit. It was very nice and amazing.

I husband loved this store's collection alot. They had a very good quality of fabrics available. The store fely slightly expensive to us but when the final product came it seemed that the money spent on it was worth it.

Hello Pooja, We're glad to hear that your husband loved our designs & collection of fabrics. We believe Quality isn't expensive, it's priceless & that's why we never compromise on the quality, no matter what. We loved being part of your celebrations through our creation. Look forward to serving you & your husband again soon. Thank you.

this store is super expensive but the collection is so unique that we had no choice but to buy from here and they also made a slight delay in delivery too.

Hello Khyati, Thank you for appreciating our collection. We assure you that the slight delay in delivery must have happened due to unforeseen circumstances. We are proud to have been serving our customers with unique designs, styles & cater to their complete fashion needs and are sure that you will agree with us on this saying that goes like - Quality isn't expensive, it's priceless! Have an amazing day! Read Less

the collection is very good and is a one stop shop for men. My husband did not have to go anywhere and instead bought all his outfits from here. But the only problem was that we had to go twice to collect the stuff and follow up a little bit.

Hello Gopi, We're happy to know that we were able to cater to all the fashion needs of your husband. Regarding the follow-up, we assure you it must have happened due to some unavoidable reason. We aim to provide a hassle-free experience to all our valued customers always. We look forward to having you soon again! Thank you.
View All
Browse Similar Groom WearView More 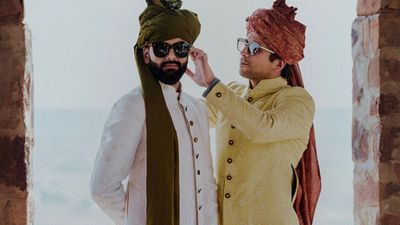 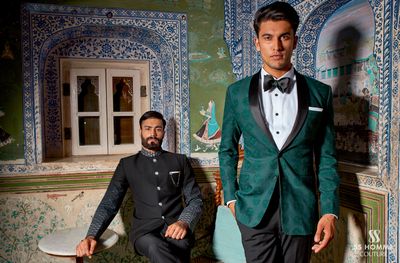