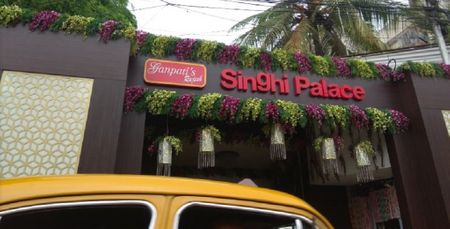 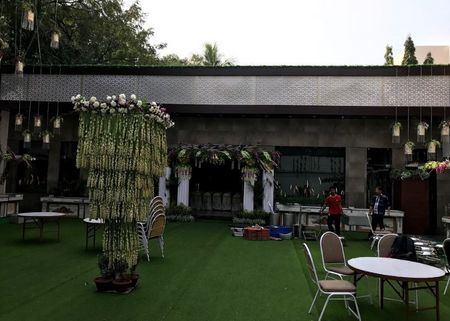 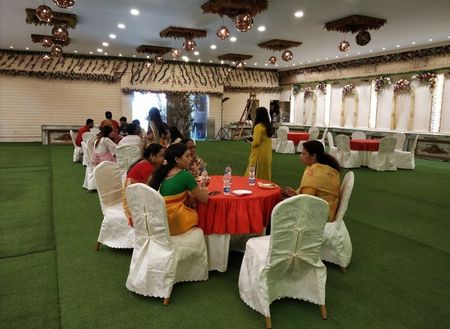 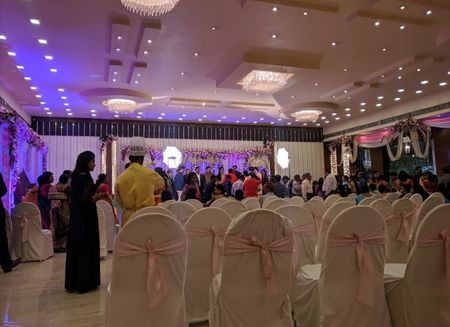 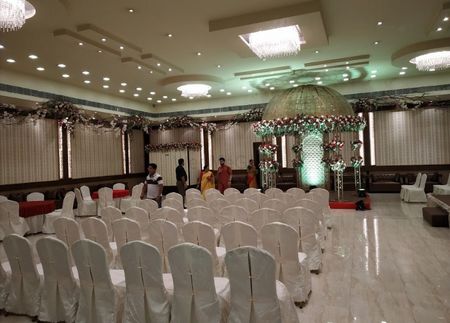 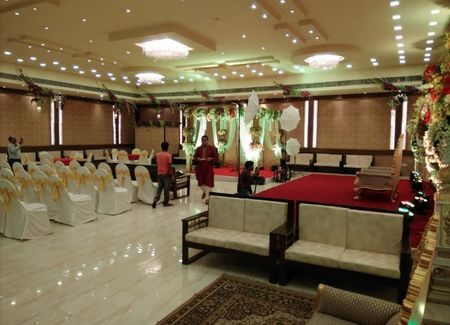 Singhi Palace is a beautiful venue destination for organizing your wedding ceremonies. They are located in Kolkata. The venue has a kind of ambiance which will definitely steal your gaze and make you fixated at their interior decor and infrastructure. The ambiance style is contemporary with a touch of minimalism and sophistication. They are a team of dedicated, passionate and hardworking staff, which strive to fulfill their customers' needs. Want a perfect, dreamy wedding? Book the venue and cherish your memories forever. Singhi Palace is an enchanting wedding venue, which will make you crave for more. The staff, their services and the kind of hospitality they offer is simply worth-mentioning. They pay keen attention to details and client satisfaction is their topmost priority. Contact them today to know more about the availability and the services they offer.
Been on WedMeGood Since

Pros: Location, Decoration Cons: Behavior of staff, Post-payment experience We had hosted our wedding reception at Singhi Palace in December 2020. Our agreement with the banquet management team (Ganpati Banquet) included 3 sweets of our choice, a coffee counter and an ice cream counter from their in-house catering service, in addition with the banquet and the decoration. From the beginning we were a little surprised by their over-dependence on verbal communication and hand-written contracts, but decided to overlook it in good faith (which we regretted later). The behavior and responsiveness of their staff took a sharp turn south after we paid the full amount in September. There was no central point of contact who would take our queries, and we had to keep on calling Mr. Ram, Mr. Sudipta, Mr. Vicky and several such people to reach any agreement, and nothing was provided in writing. When we reached the venue to finalize on the sweets menu 2 weeks before the event, the behavior of their staff was very rude, and it felt like we were asking for a great favor by asking them to stick to the terms and conditions. However, couple of days prior to the event finally it seemed that everything was finally agreed upon verbally, and we hoped for to a smooth stream of events on the evening of one of the most important days of our lives. Boy, were we up for (not so sweet) surprises! On the evening of the event, the first shock came when they denied us the coffee counter and declined to play any Shehnai audio. There was once again a long chain of calls and shrugging off of responsibility, and finally the coffee machine (without the ingredients) could be arranged by 8pm, when it was already dinner time! At food counter we could not find one of the sweets that we had ordered, instead they had arranged for sweets of their choice! Meanwhile, in the banquet my wife and most of the guests were shivering due to the low temperature of AC, and the banquet management team straight away refused to increase the temperature. At last when we were having our dinner, the person in-charge Mr. Sudipta dropped the final bomb, that we would need to pay a couple thousand rupees to exit the venue (it indeed seemed that we are in Hotel California, if you know what I mean). We straight away rejected their demand since nothing as such was anywhere written/discussed in our contract. But he reminded us that at Singhi Palace, nothing is in writing and everything would happen according to what the management wants. He then rudely suggested that he would not let us exit if we didn't pay the amount. It seemed like an extortion exercise, and what ensued was a long midnight argument. Finally we had to storm out of the venue, with a bitter taste in our mouth. And all this happened on one of the most important evenings of our lives. To sum it up, what we had was a horrible experience, and I would suggest everyone to avoid this venue. The banquet management team members are rude, they behave as if they are doing a favor by providing the service for which a hefty amount has already been paid. Trust me, you would not want to spoil a memorable evening by arguing with these folks, so better find another place where the staff are professional.

I booked this venue for my wedding function and it was a awesome experience with them. They provided lovely food & service and also a graceful décor which was really liked by each and everyone. Thanks to whole team for making our wedding a memorable experience.

Does Singhi Palace have rooms available for the guests? 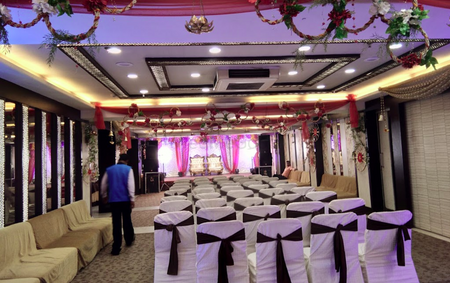